In Memory of Professor Stephan Klasen

Professor Stephan Klasen, Ph.D., holder of the Chair of Development Economics and Director of the Ibero-American Institute for Economic Research since 2003, died on October 27, 2020 at the age of 54 after a long and serious illness.
Stephan Klasen shaped his field, development economics, like no other in Germany and Europe. The emergence of modern development economics in Germany since the early 2000s is largely due to his commitment and work. By establishing diverse and cross-faculty cooperation and networks, he has significantly expanded development economics in Göttingen and enabled cross-disciplinary research. Today, Göttingen is Germany's largest and internationally most visible location for research on developing countries. Unfortunately, we are losing our esteemed colleague, who was full of energy and ideas and was committed to the interests of his students, doctoral candidates and staff until the end, much too early. We will miss him. The Faculty of Economics and Business Administration will honor his memory. Our deepest sympathy goes to his wife and his four children. 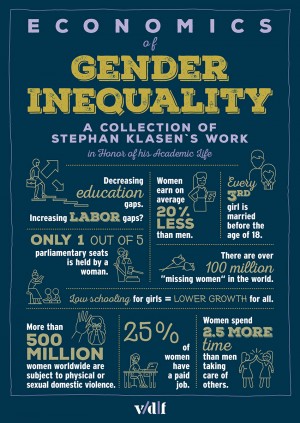 Economics of Gender Inequality
A Collection of Stephan Klasen's Work in Honor of his Academic Life
Stephan Klasen is considered one of the most distinguished scholars on gender economics in the 21st century. Over the past 25 years, he has tirelessly worked to understand the complex phenomena of gender inequality: From counting the number of missing women in the world and shedding light on why women go missing, to showing that leaving girls out of school not only deprives them, but also robs society of the opportunity to thrive on the talents of its entire population; from understanding why equal rights and rising incomes everywhere have not resulted in women participating more at work, to measuring gender inequality in its various dimensions. This volume, a collection of some of Stephan Klasen’s most important writings on the topic of gender inequality, honours his academic life and gives the reader an in-depth insight into both what we know and don’t (yet) know about the economics of gender inequality. Available at vdf Hochschulverlag AG an der ETH Zürich. 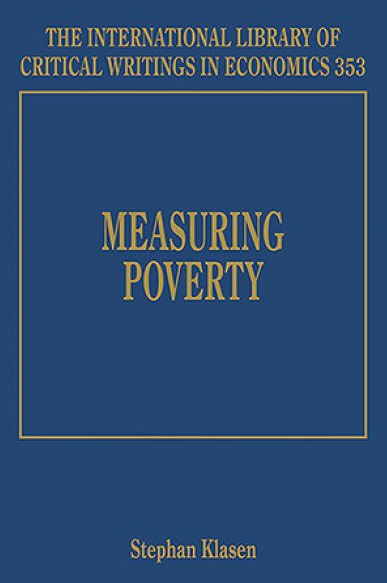 New Book Published
This impressive collection brings together the most important contributions by some of the leading scholars in the field of poverty measurement. It includes critical papers on what constitutes poverty and associated poverty measures, as well as conceptual and empirical approaches to set poverty lines for both national and international settings. The volume also discusses national and international income poverty measures, multidimensional poverty indices, and ways to capture poverty dynamics. Available at Edward Elgar Publishing