Research profile of the Faculty of Law

Legal research is to a high degree characterized by individual research and as such enjoys an outstanding reputation. The results of such a research cannot only be witnessed in monographs but especially in legal commentaries, text- and handbooks - that is forms of publication that combine legal research and so make it accessible through systematization. Quite often they are a result of interlinked national and international research, a specifically judicial form of collaborative research. All members of the faculty are engaged in such individual research.

A further particularity of German legal research lies in the fact that legal expertise is requested for by members of the political as well as of the civic field. Numerous members of the faculty are thus engaged in advisory counselling in associations, foundations, religious communities, societies and professional chambers. They thereby have an impact on contemporary societal development and gain an insight into topical and practical legal challenges. The various connections of this faculty of law with extra-university-life is highlighted by the fact that several of its members are judges in a judicial panel. Christine Langenfeld and Andreas Paulus are judges of the Federal German Constitutional Court. Olaf Deinert is a honorary judge of the Federal Labour Court and Kai Ambos is a Judge of the Kosovo Specialist Chambers (KSC).

The research profile of the faculty of law is characterized by its focus on certain jurisprudential topics. In its development plan it has therefore put the emphasis on the following research subjects: the juridification of supranational structures and legal transfer, medical and family law, as well as media law in the information society. By bringing together and interlinking the expertise of both university and faculty it has become possible to develop competences in specific areas of research - a feature rarely used by other faculties of law. Apart from the above-mentioned foci of research this accounts for the basis subjects of law, to which the faculty has dedicated multitudinous chairs (history of law, philosophy of law, political science, ecclesiastical law). The importance of these basic subjects of law throughout the period of legal studies has furthermore been strengthened by certain changes in the examination regulations. With its endowed professorship in agricultural law the faculty above all enjoys a unique position in Germany.

Finally the faculty is the bearer of innovative research institutions within the university such as the Göttingen Centre for Digital Humanities (GCGH) or the Centre for Modern East Asian Studies (CeMEAS). Moreover strong ties exist between the faculty of law and the Göttinger Akademie der Wissenschaften (Academy of Sciences and Humanities Göttingen), namely the judicial academy commission "Die Funktion des Gesetzes in Geschichte und Gegenwart"" ("The function of laws past and present"), chaired by Eva Schumann and the development project "Die Akten des Kaiserlichen Reichshofrats" ("The records of the imperial privy counsel of the Reich"), chaired by Wolfgang Sellert and sponsored by the Union of the German Academies of Sciences.

Research projects of young academics such as doctoral studies or post-doctoral qualifications (Habilitation) are systematically and closely supervised; the faculty is a member of the Göttingen Graduate School of social sciences (GGG).

National co-operations exist in form of the Kirchenrechtlichen Instituts der EKD (Institute for ecclesiastical law of the Evangelical Church in Germany), the Kompetenzzentrums für Versicherungswissenschaften (Centre of excellence for actuarial science) in Hannover and the Instituts für Notarrecht (Institute for notary law) including the notary chamber for the district of the higher regional court Celle. 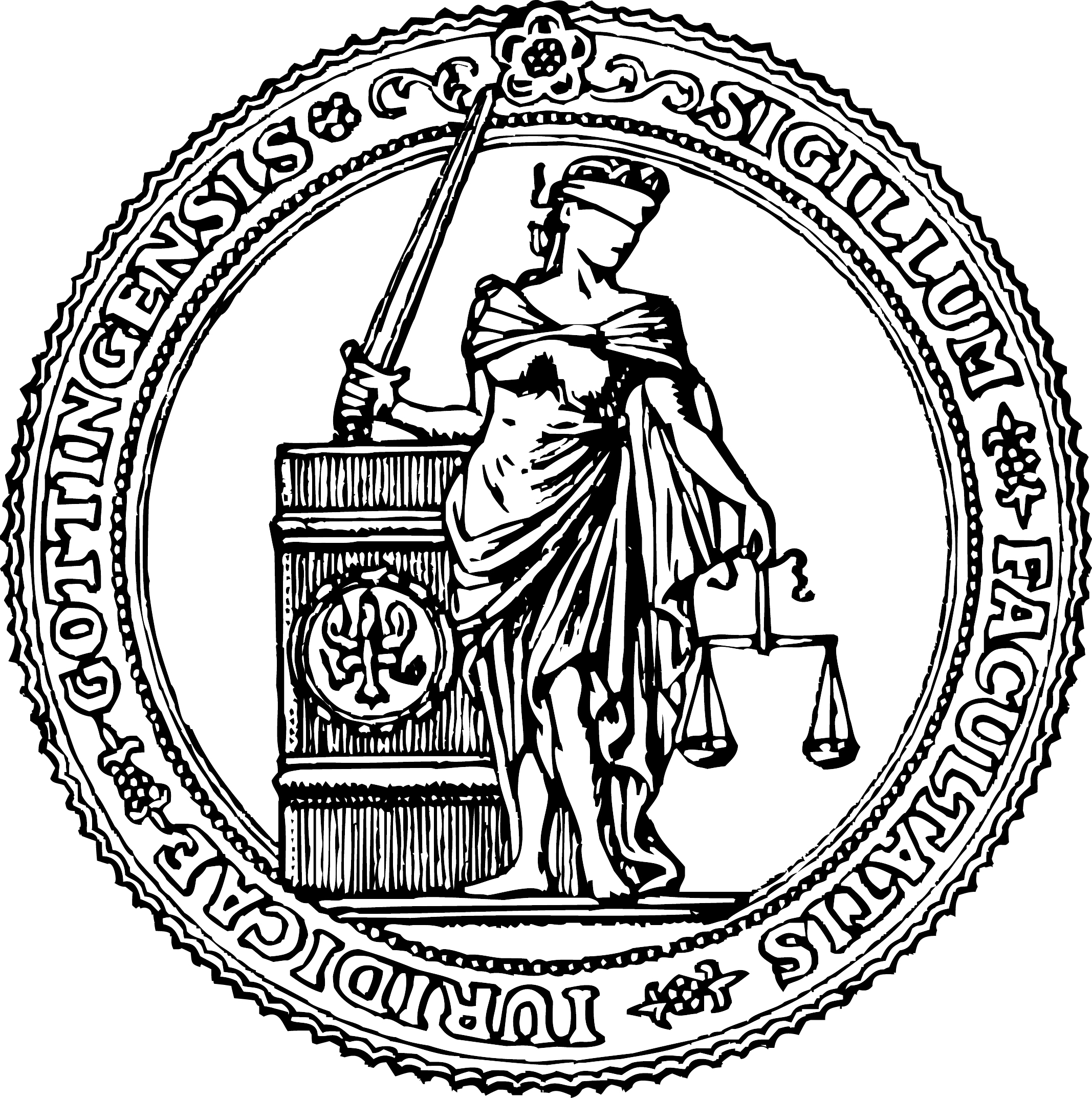