Biophysics and physics of complex systems have been strengthened considerably during the past five years. The strengthening of biophysics within GGNB has translated into important recent scientific discoveries. For example, highlighted by both Nature and Science magazine as breakthrough of the year 2008, the microsecond recognition dynamics of ubiquitin in solution was characterized by a combined NMR (residual dipolar couplings) and atomistic simulation approach (Figure 2, left). This observation challenged the induced fit paradigm of ligand-receptor binding by providing direct access to binding selectivity though conformational selection. As a second example, sub-resolution optical microscopy enabled the direct observation of the nanoscale dynamics of membrane lipids in a living cell (Figure 2, right). Indeed, the invention of superresolution microscopy (STED) by one of the GGNB faculty members (S. Hell) constitutes a breakthrough for the entire field of light microscopy, which is reflected by numerous feature articles and an increasing number of prestigious awards to its inventor.
Strong research in theoretical and computational neurosciences bridges the neuroscience and biophysics foci of GGNB. Lead research topics include novel mathematical approaches to the dynamics of neuronal systems, probabilistic approaches for integrating biological data into theoretically informative models, and the design of experimental paradigms to assess cooperative and dynamic aspects of neuronal networks. Recent highlights include the introduction of a neuron model (Wei and Wolf (2011) Phys. Rev. Lett. 106, 088102) and the demonstration that visual cortical networks are described precisely by universal quantitative laws (Kaschube et al. (2010) Science 330, 1113). 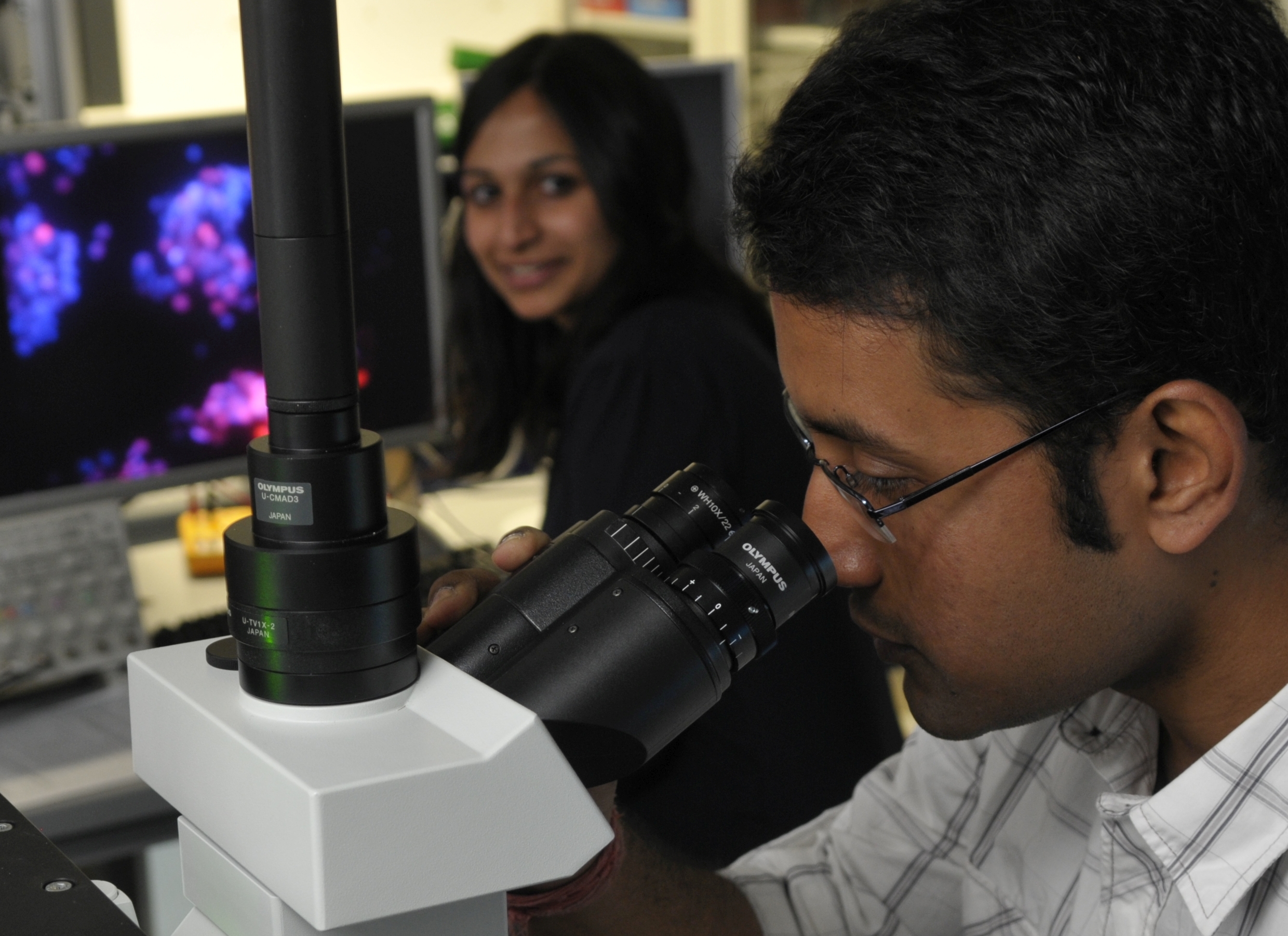