I have a strong interest in the deformation of sedimentary basins and the structures forming there, including salt pillows and diapirs. I started in foreland fold-and-thrust belts trying to answer questions such as: How much shortening have they accommodated? How does that relate to different structural styles, and what controls the evolution of those styles? The last question soon led me to look at rifting and reactivation (inversion), and widened my interest from orogenic forelands to include the deformation of continental interiors. As of now I have worked a lot in the Central Andes of Bolivia and northern Argentina, but also in Germany and in the Tien Shan and Pamir mountains of Central Asia. A recently added region of interest is North America´s Mid-Continent Rift.

A selection of recent publications

For other articles, please see "Publications" 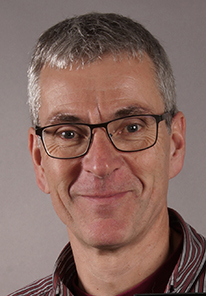 Head of the Department

Department of Structural Geology and Geodynamics