Human live and welfare depends a lot on the environment, in particular in dry regions such as Egypt (NE Africa). Environmental change, in particular climate and the role of humans are of interest in Global Change Research. The importance of Holocene palaeoenvironmental studies is in reconstruction of past climatic changes, fire history, human settlement and its impacts on ecosystems. Understanding past environmental change and the ecological response will provide important insights to understand modern and to predict future changes.

The Western Desert of Egypt -with its arid climate- possesses few natural inland saline lakes (e.g: Lake Hamra in Wadi Natrun) with sediments recording environmental changes. So far only a few studies on Holocene palaeoenvironmental reconstructions in Egypt are available. Special attention should be directed to these lakes due to their sensitivity to climatic changes and continuous sedimentary sequences.

The proxies that will be used to reconstruct palaeoenvironmental and palaeoclimatic changes during Holocene in the study area include (1) diatom and pollen assemblages, (2) charcoal particles and (3) calcareous nannofossil analyses. 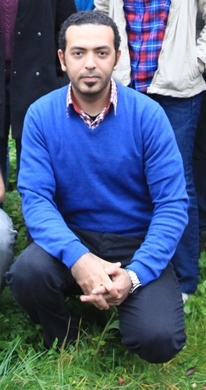