The Hungarian Alexander Csoma de Körös (1784 to 1842) studied Oriental Studies at the Georgia Augusta from 1816 to 1818. At the end of 1819 he set off for travels in Asia to find and explore the home of the original Hungarians – a dream that was not fulfilled. In the summer of 1822 he finally reached the Himalayas, where he spent many years in Tibetan monasteries and composed his main works: with the first Tibetan grammar and the first dictionary Csoma de Körös laid the foundation for Tibetology. In the year 1842 he died in Darjeeling at the foot of the Himalayas. He was the first European to be declared a Buddhist saint in Japan. 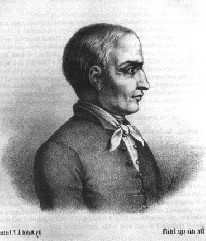