With his work the important Göttingen theologian and orientalist Julius Wellhausen (1844 to 1918) deeply shaped Arabic studies and the exploration of the Old and New Testament. He studied theology and Semitic languages in Göttingen. Following professorships in Greifswald, Halle and Marburg he returned to the Georgia Augusta in the year 1882. Here he taught and researched until his death in the year 1918. Wellhausen was primarily a philologist and historian who critically examined the biblical heritage. In the Old Testament he discovered the fundamental difference between the old Israel of the pre-exile period and the Judaism of the post-exile period, in the New Testament he established the no less fundamental difference between the historical Jesus and the Jesus of the Gospels. In Arabic studies Julius Wellhausen opened up the pre-Islamic Arab world through critical analysis of Muslim sources and submitted important contributions on the history of early Islam. 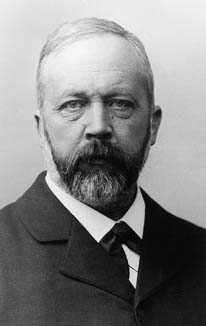