Despite several investigations on the long-term vegetation dynamics of the eastern side of the southern Andes, our knowledge is still limited, especially in northern Patagonia (ca. 40 degrees South) where the forest near the steppe ecotone is particularly divers. The distribution of the vegetation in this area responds to a west-to-east precipitation gradient, documenting that climate is the main control on the regional-scale variability in vegetation composition. However, natural and anthropogenic disturbances amplify or override the effects of climate on vegetation composition. Therefore, understanding the regional drivers, such as fire, volcanic eruptions and human activity and differentiating them from climate is important for climate reconstructions and nature conservation efforts.

The aims of this project are to (i) reconstruct the Holocene environmental history, (ii) identify the principal local and regional drivers of vegetation changes, (iii) compare the effect of disturbance events between sites at different altitudinal positions, and (iv) examine the fire-climate interaction across time.

To answer these questions, sediment cores recovered from three lakes south of Lake Lacar, within Lanín National Park, are under investigation: 1- Lake Bruja (1060m asl) [kmz], 2- Lake Avutarda (1640m asl) [kmz] and 3- Lake Vizcacha (1100m asl) [kmz]. Sediments from these lakes are intercalated with numerous tephra layers of varying thickness, derived from different volcanoes in the region. The impact of these tephra depositions as well as fire events on the environment is investigated. This work will contribute to an understanding of the importance of disturbance for the vegetation composition and help reconstruct changes in Holocene climate near the forest steppe ecotone in Patagonia.

In January 2017 a field campaign took place at Laguna Vizcacha, a small 3.5m deep lake located within cool temperate forest in Argentina. A mixed Nothofagus obliqua - Nothofagus dombeyi - Nothofagus pumilio forest occurs around the lake, with individuals of Nothofagus antarctica near by the shore. The 8m long sequence recovered has begun analysing for pollen, plant remains and charcoal.

PhD project funded by CONICYT, the National Commission for Scientific and Technological Research of Chile: 2016-2019 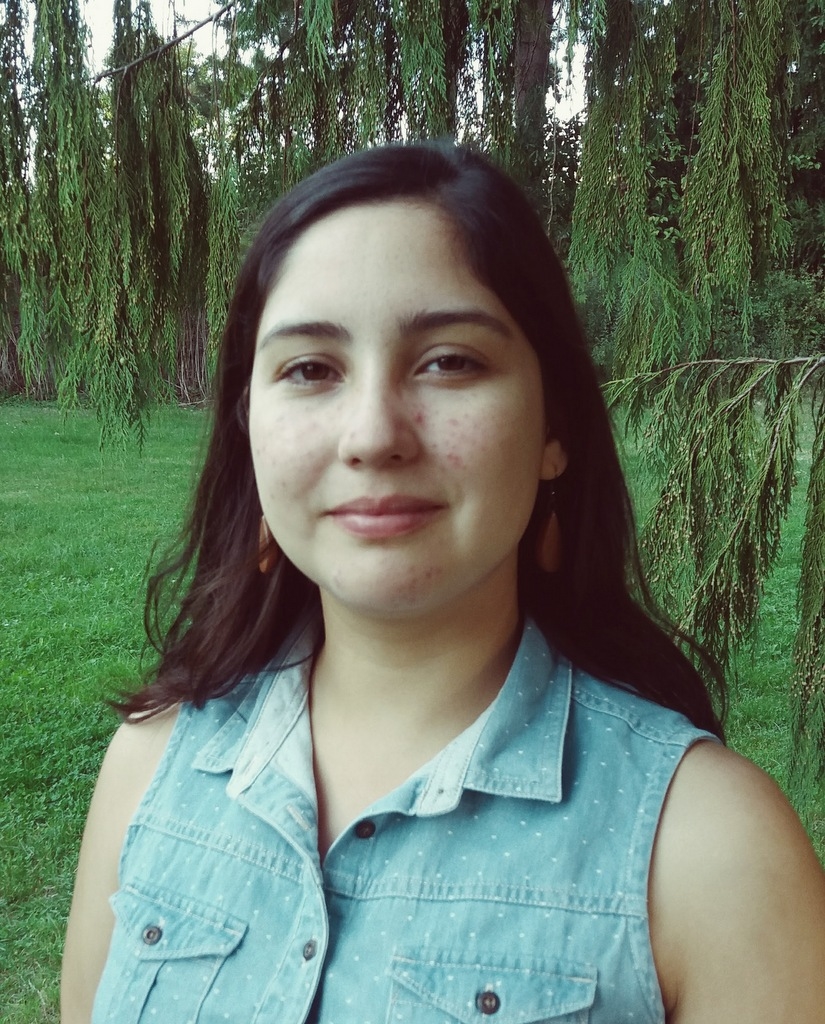