I have worked as a professor at the Institute for Cultural Anthropology/European Ethnology since 2011, focusing particularly on issues and challenges of postmigrant societies. Since 2018, I have been significantly shaping the direction and focus of the newly founded Center for Global Migration Studies at the University of Göttingen, CeMig, as its Executive Director.


Building on a broad academic training at institutes in Tübingen (studies in EKW, History and Political Science), at the CCCS in Birmingham, in Frankfurt (PhD in Cultural Anthropology), Berlin ( research assistant for „SFB Repräsentationen sozialer Ordnung im Wandel“) and Munich (Academic Councillor on a temporary basis), I have learned to value international Cultural and Social Anthropology as a theoretical and methodological framework for the study of contemporary societal challenges.


As a political anthropologist, I am particularly interested in the social, cultural and political ways of dealing with immigration processes, i.e. how immigration and transit migration are conceptualized and 'governed' locally, nationally and globally. In this context, gender always plays an important role for me, as an intersectional structural category and discursive cue (conferences and publications of the Commission for Women's and Gender Studies).


One of my main research areas is the establishment and further development of cultural anthropological border research (Laboratory for Critical Migration and Border Regime Research). I have been pursuing border-drawing processes (racism) within European societies as well as the genesis of an EU "border regime" in the past and in the present in my teaching and research since 2001. In this context, I am a co-founder of the open access journal „movements. Journal for Critical Migration and Border Regime Studies“.


In doing so, I have not only sought interdisciplinary exchange at the university and beyond. I founded the network for critical migration and border regime research "kritnet" in 2008, I am involved in the Board of the Council for Migration, as well as in various commissions of the German Society for Folklore (long-standing speaker of the Commission for Women's and Gender Studies, Europeanization and Globalization Studies). Moreover, in the spirit of a public anthropology and engaged scholarship, I have always sought formats and strategies of creative knowledge transfer as well as cooperations with non-university actors (-> see e.g. city lab "Migration bewegt die Stadt"; or "Wir wollen Sicherheit"). 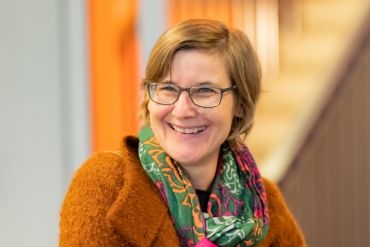