Profile of the Faculty of Science 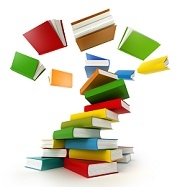 The distinguishing characteristic of the Faculty of Social Sciences at the Georg-August-Universität Göttingen is its broad combination of subjects ranging from Ethnology, Educational Science, Gender Studies, Political Science, Sociology, Sport Science to Modern Indian Studies. The Faculty also runs a cross-departmental Center of Methods. In the past few years, it has been increasingly successful in establishing interdisciplinary links between these subjects in both teaching and research.

Embedded within the Göttingen Research Campus – where myriad cooperative relationships with university and non-university institutes and centres merge – the Faculty of Social Sciences divides its research foci into three interlinked subjects “Globalisation and institutional change”, “Cultural and religious diversity and social integration” and “Educational research”.
Alongside these areas of emphasis, the field of gender studies in the social sciences represents a cross-sectoral topic that had been managed under the auspices of the Faculty for a quite while. In April 2011, the establishment of a chair for Gender Studies in Sociology strengthened this departmental structure even more.
The research environment at the Göttingen Research Campus gives the Faculty excellent conditions in which to pursue its chosen objectives. Among others, the campus is home to the Göttingen Centre for Digital Humanities (GCDH), founded in 2011, the Centre for Modern East Asian Studies (CeMEAS), the Centre for Modern Indian Studies (CeMIS) and the Centre for Empirical Teaching and School Research (ZeUS). Additionally, the Faculty of Social Sciences maintains strong partnerships with non-university and affiliate institutes, namely the Sociological Research Institute (SOFI) and the Max Planck Institute for the Study of Religious and Ethnic Diversity, which was founded 2008 and whose directors are honorary professors at the Faculty. Cooperation projects are also ongoing with the not-for-profit association “Institut für Regionalforschung e.V.”, a region-based social sciences research institute specialised in qualitative application-orientated social research.
To round off and reinforce its portfolio, the Faculty offers research-oriented B.A., M.A. and doctoral degrees. With the new founding of the Institute for Democracy Studies in 2010, and the affiliated professorship for Party Systems and Political Culture Research, an outstanding breeding ground was created for further collaborative research projects where the relationship between academia and the public is examined by applying interdisciplinary and political science methodologies.

Georg-August-Universität Göttingen, founded in 1737, sees itself as a global player among the world’s major research institutions with a focus on research-based teaching. As many as 25,000 students are enrolled at the 13 faculties at any one time. By engaging international scholars, researchers and scientists and a high proportion of foreign students, the University of Göttingen follows its tradition as a research campus of international significance and renown. In 2007, thanks to its institutional strategy to promote top-level research entitled “Tradition – Innovation – Autonomy”, Georg-August-Universität was successfully included in the Excellence Initiative of the German Federal Government and the State Governments. This placed Göttingen among the top nine German universities accredited with a pedigree in international competitiveness.
Especially in the social sciences and humanities, Göttingen University boasts a diversity of subjects and a robust infrastructure:
• Good equipment: The Göttingen State and University Library (SUB) is among the five largest academic libraries in Germany.
• Personalised advice and support: Aspects such as academic advisors, mentors and small seminar sizes with a manageable number of participants all foster a productive and trust-inspired studying atmosphere. Subject-specific writing advisors offer individualised help in writing academic and scientific papers.
• Close proximities: The main university campus, downtown area and railway station are all situated within walking distance of each other in this 130,000-inhabitant town. All of the Faculty’s institutes, except for one, are located in the downtown area.
• Attractive leisure-time activities: As a town much dominated by the university and its students, Göttingen has a wealth of leisure-time choices on offer. Rich in music and culture with cinemas, theatres and an abundance of cafés and pubs, Göttingen is also home to many facilities for university sports, so there is never a lack of pleasant distractions from academia either ... 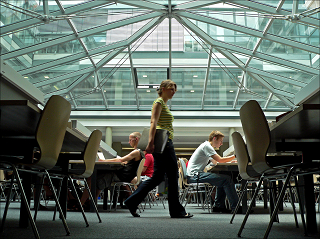