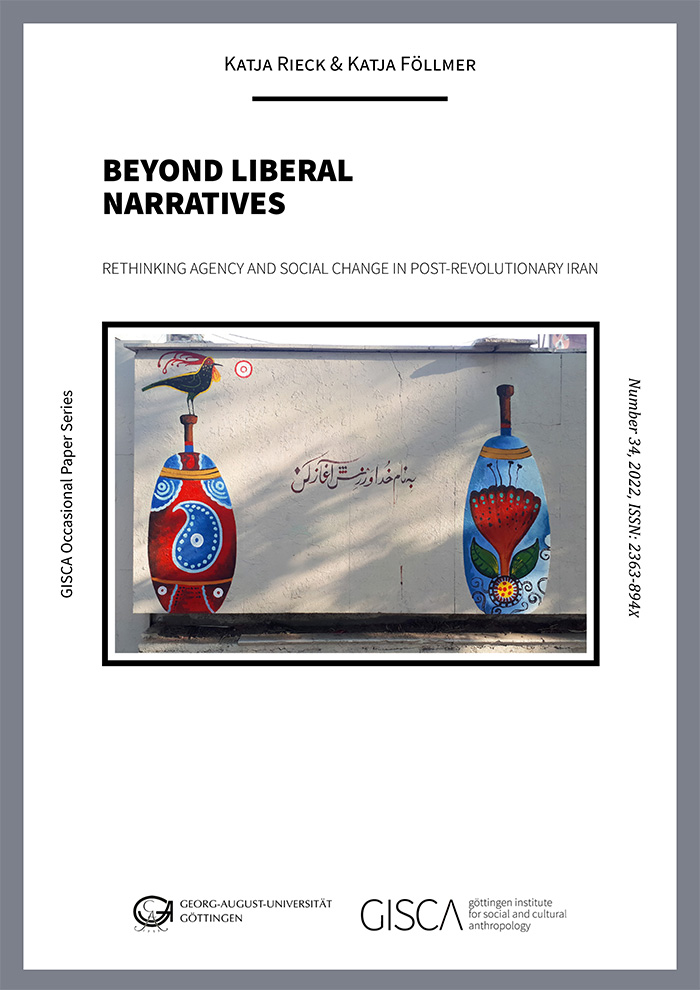 This contribution discusses the empirical and theoretical biases of liberal narratives of social change. Such narratives of change are often analyzed as manifestations of civil disobedience to a strongly regularized state or as acts of rebellion against tradition and moral norms in a seemingly monolithic religious community of Shiites. By examining Asef Bayat’s Life as Politics we chose a work that represents a seminal empirical and theoretical contribution to the study of change in Iran and the Middle East more generally and that continues to inspire research perspectives not only within anthropology but also in area studies and political science. We argue that such narratives that predominate in ethnographic works on Iran limit our understanding of transformation processes to conflicts and negotiations between “the state” and “civil society”. For a deeper understanding of processes of change we have to consider the specificities and complexities of Iranians’ lived realities and how they make meaningful lives. 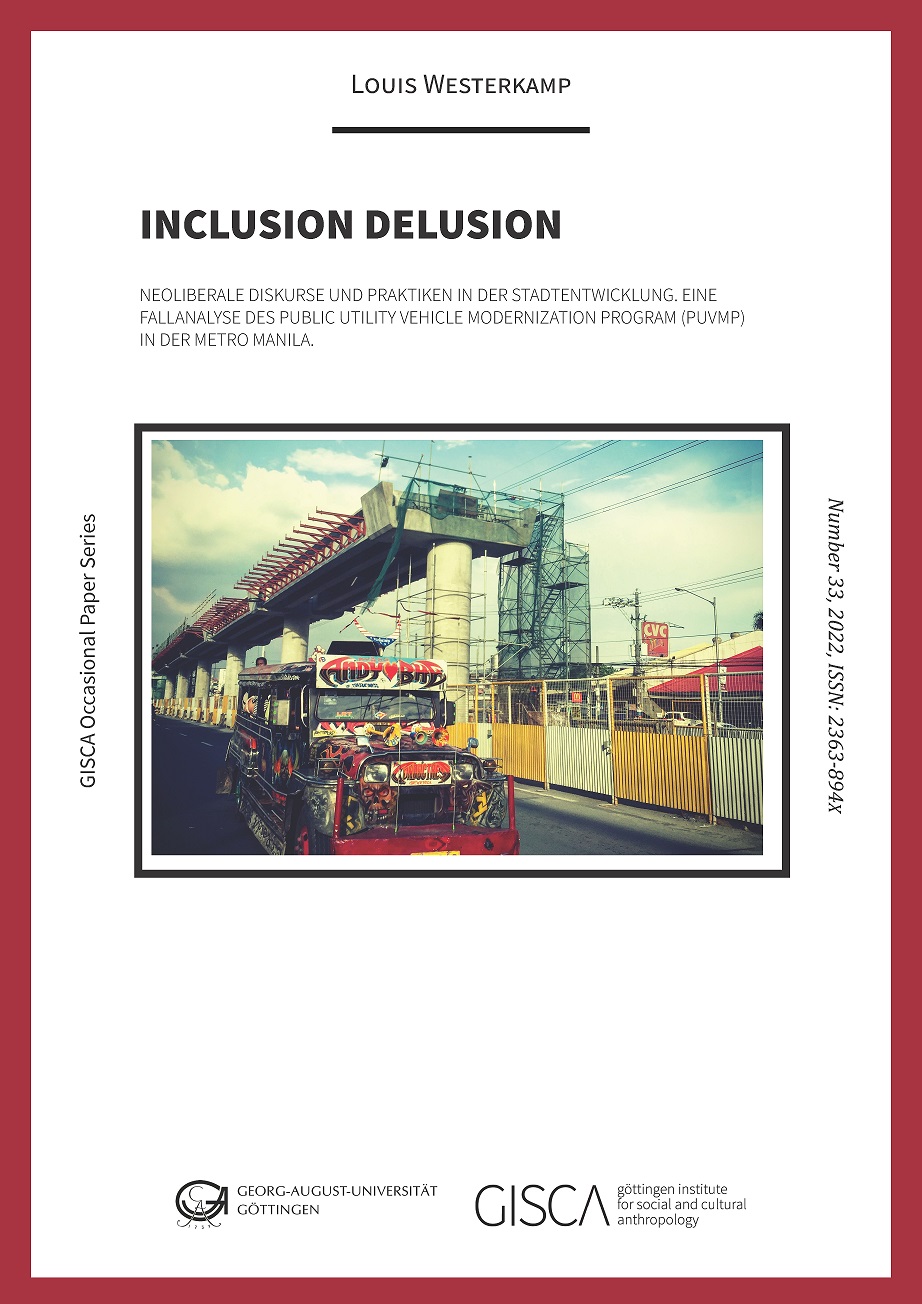 This paper focuses on the question of how the Public Utility Vehicle Modernization Program (PUVMP) seeks to modernize and rationalize the previously loosely organized jeepneys in the highly urbanized area of Metro Manila. Based on the premise that (1) most (urban) development programs follow neoliberal thought and (2) adopting a Foucauldian approach on neoliberalism, understanding it as a societal project reorganizing power structures to
consolidate and extend the power of polit-economical elites, this paper applies Craig and Porter’s theory of ‘inclusive neoliberalism’ (2006) on the PUVMP. More specifically, this paper aims to show to what extent the PUVMP proves to be driven by neoliberal logic, especially in following the neoliberal imaginary of a ‘Global City’, how this can affect society and social inequality, and, ultimately, can lead to an excluding phenomenon called ‘inclusion delusion’. 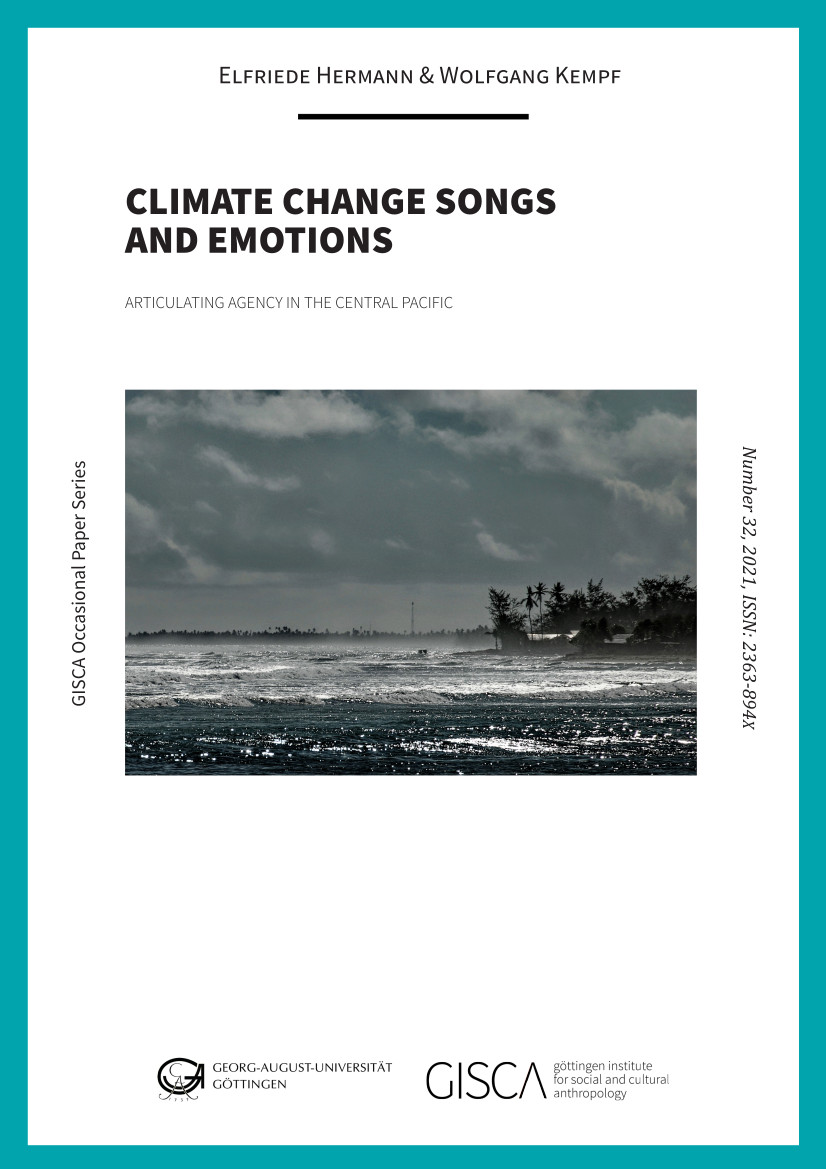 Articulations of vulnerability, of the will to address the challenges posed by climate change, and of criticism of the international community’s inadequate efforts to limit global warming have taken many forms. In the Central Pacific atoll nation of Kiribati, songs associated with emotions are one of the artistic forms used to convey these articulations. In this paper, we turn our attention to a song about climate change that was written in English to reach the global community. We argue that this song, with its highly articulated and evoked emotions, represents a political practice in which the agency of atoll inhabitants is expressed. This song allows the protest against international climate policies to be heard and felt on the global stage. Although Kiribati is considered particularly vulnerable, the composer resists portraying the nation as a victim of climate change. Instead, he emphasizes the people’s agency and calls on the global community to take appropriate action. 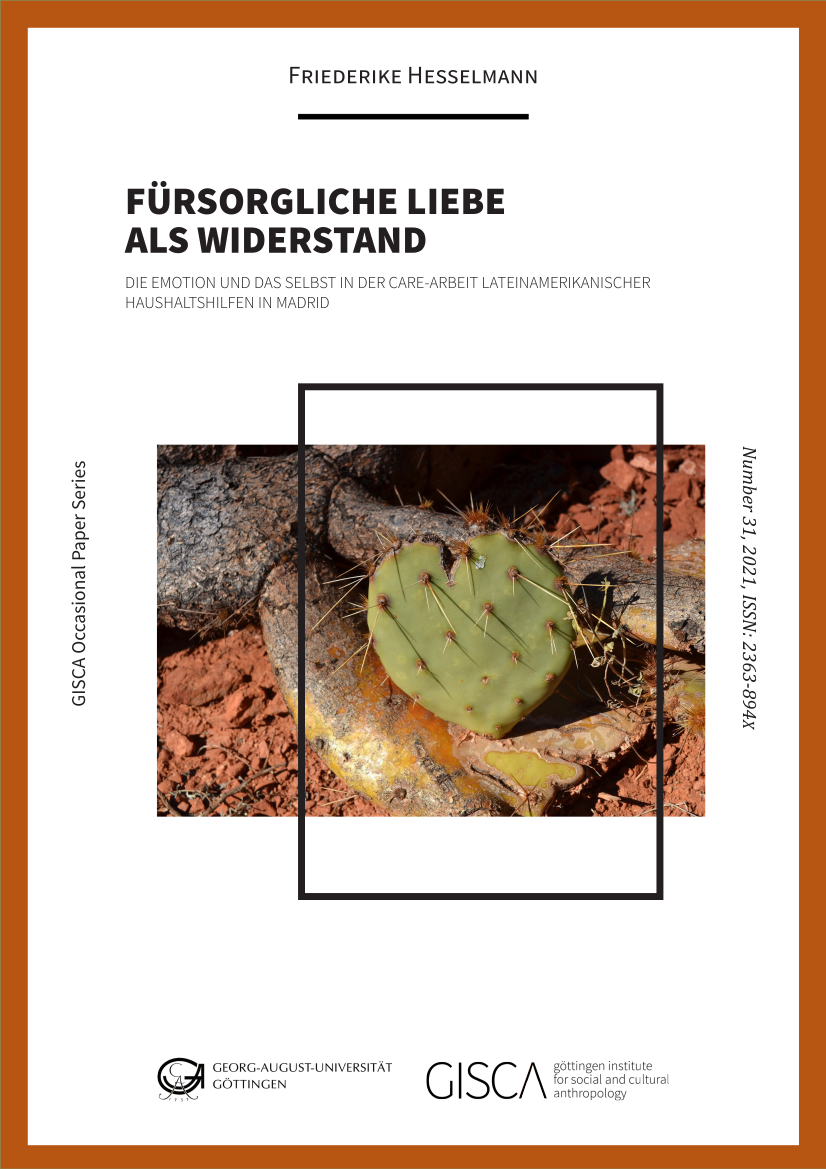 This thesis examines caring 'love' in the context of care work performed by Latin American domestic workers in Madrid. Drawing on Michel Foucault's discourse analysis and based on ethnographic research, love is analyzed as a discursive reproduction of its emic meanings embedded in Latin American cultures. Different perceptions of care work lead to ambiguous, and sometimes conflictual, tensions in the work relationship of care workers and their employers. In response to the research question "how do Latin American domestic workers in Spain perceive caring love and how does this perception affect their care work?", it is argued that love should be understood as a form of resistance against the demands of Spanish employers. In the context of the globalized division of labor in reproductive care work, historically handed-down colonial power relations are reproduced. It is still reflected in an unequal relationship between Latin American domestic workers and European employers based on exploitative structures. The results of ethnographic fieldwork in Madrid, which was continued online due to travel restrictions, show how 'love', creates specific discourses. Following Stuart Hall's concept of positioning and articulation, it is argued that these discourses are able to unite the Latin American diaspora and, in particular, domestic workers as a social group. Furthermore, the social (and psychological) consequences of practiced care work are understood as a practice of resistance in against exploitative structures.