The SCIP project studies integration trajectories of new immigrants in four European countries: Germany, the Netherlands, Ireland and Great Britain. Its substantive focus will be on migrants’ socio-cultural integration. This aspect of migration has received increasing attention in public debate yet remains seriously under-researched. In particular, existing data cannot settle the question whether socio-cultural integration is a consequence or a prerequisite for migrants’ structural integration (e.g. in the labour market) – and whether, how and why groups might differ in this regard. By focusing on recent arrivals, the SCIP project will study a particularly dynamic phase of the entire integration process, thus laying the ground for the creation of a “European New Immigrant Panel” that matches the existing new immigrant surveys in classical immigration countries such as the USA.

In the SCIP project, two cross-national waves of survey data will be collected among groups of new immigrants that vary along a number of dimensions, including religion (Catholics versus Muslims), social status (medium to high-skill versus low-skill migrants) and political identity (EU citizens versus non-EU-citizens). In all four countries, recently arrived Poles will be sampled, along with new immigrants from Turkey (in Germany), Turkey and Morocco (in the Netherlands), and Pakistan (in the UK). Depending on the country, random samples of immigrants with a maximum duration of stay of one year will be collected, either from population registers or by using respondent driven sampling.

Conceptually, the SCIP project builds on sociological and social psychological theories of identity, symbolic boundaries, and integration patterns. Against that background, the crucial question is how to explain the identification strategies chosen by newcomers during the first years of migration and the resulting socio-cultural integration trajectories. It may be expected that these trajectories, while reflecting migrants’ resource endowments upon arrival, also display group- and country-specific features. Group- and country-specific variation can furthermore be expected to be found in the relationship between these socio-cultural trajectories and migrants’ structural integration in other societal spheres, e.g. on the labour market. In particular, compatibility of home- and host-country orientations as well as of ethnic maintenance and socio-economic integration may be assumed to differ between groups and countries. For “unpopular” groups, for instance, structural integration and contacts to natives may come along with normative pressures to give up ethnic loyalties. Similarly, some but not all immigrant groups may benefit “structurally” from strong and stable ethnic (or religious) identities or transnational networks. With regard to country-level, institutional types of migrant incorporation, degrees of religious regulation and levels of informal exclusion should affect socio-cultural integration trajectories and their relationship to structural integration.

The SCIP project closely studies the causality behind these various relationships, searching for systematic explanations of variations without referring to essentialist arguments. It thereby aims to produce more nuanced and in-depth knowledge of socio-cultural integration processes in contemporary European societies. 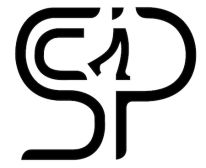