Don’t be afraid of Greek!

You have to, want to or need to learn Greek?
Then, as lecturer in Greek at the Faculty of Theology, I would like to begin with a very warm “CHAIRETE” - a word which means both “greetings” and “rejoice”.

The fact that Greek is indeed a reason for rejoicing is unfortunately often obscured by many anxieties and prejudices about this beautiful language. Perhaps you have also heard such comments as “Greek is even more difficult than Latin” or “if you take Greek, you won’t have time for anything else” or “Why should a teacher of religion have to learn Greek? It’s a waste of time”.

I would just like to comment briefly on these anxieties and prejudices, which students who were just starting the beginner’s course expressed in writing at my request.
My hope is that by doing so I will be able to make my favourite language more “palatable” and that when I greet you mornings with “CHAIRETE” that you’ll be able to rejoice (at least a bit).

“I’ve heard that you can only understand Greek if you’ve done Latin and unfortunately I haven’t. I’m now worried that I won’t be able to keep up in class”.

It is true that knowing Latin is very useful for Greek beginners but Latin is not a prerequisite. It can even be an advantage to begin with Greek because Greek is the more ancient language of the two. Also, I will explain all the grammatical terms and because a good anxiety-free learning environment is very important to me, I am happy to answer any of your questions at any time.

“I’ve heard that Greek is really difficult. Even the characters are so strange that I have the feeling that I’ll never learn it”.

Yes, it does take some time to become familiar with the Greek script. Particularly in the first week many of the letters seem like hieroglyphics, with accents like confetti, strewn without rhyme or reason. But, with a little patience, the unfamiliar will become familiar. In the first semester we will translate a number of Greek myths and as we read these exciting texts several times the letters will become more familiar with each day. After two or three weeks, reading is usually no longer a problem and then you will perhaps even enjoy the wonderful sound of this mysterious language.

“I’ve often heard it said that you don’t have time to go to any other lectures if you do Greek. Unfortunately the conditions of the student grant (BAFöG) exert time pressure”.

It is true that Greek requires you to invest time in order to stay on top of it – you need to attend class regularly and do your homework before and afterwards. At the end of my beginner’s course I asked my students how much time, on average, they invested in Greek after class. The result was 15 minutes a day. In the advanced Greek class (if you want or must take the state Greek examination (Graecum)) then you should however plan to invest 2 hours a day in addition to attending class. This means that you can attend two or three lectures in addition to Greek without any problems.

“I can’t get the vocabulary into my head. I had real problems with Latin vocabulary and Greek is supposed to be even worse”.

There are different types of learner. Some people can learn vocabulary easiest by writing it down. I then recommend that they use a vocabulary notebook or index cards. Other people are visual learners. They should create a mental image of each word. For example, with the word PHILOS (friend) they should image their best friend. For acoustic learners it can be helpful to record vocabulary (sometimes with favourite music in the background).
It is more fun to learn in a group, e.g. to think up hilarious jingles for jogging the memory for those tricky words which are hard to remember.
For people who like games: A card game (similar to Old Maid) with the 100 most important verbs is being developed in my beginner’s class even now.
And remember: We use hundreds or even thousands (depending on how much we talk!) of words which are either Greek or Indo-European in origin without being aware of it. From “butter” to “bacteria”, from “telephone” to “telescope” , “architect” to “zoologist”, from “bishop” to “church” . Many of the words which seem so familiar to us gain a deeper meaning through knowing Greek. An example: The word “character” originally meant “imprint”. The idea behind this being that the things we experience in life “stamp” themselves on our soul and on our face and results in our distinctive and unique individuality – our character.

“Someone told me at the beginning of the Greek course that there are even more different forms than there are in Latin. This scared the life out of me to begin with but in fact it’s not really that bad”.

“I thought that it doesn’t make sense to learn Greek too. It wasn’t necessary for studying Latin”.

Another student wrote: “Before I learn a dead language I’d rather learn a living one: this at least gives me a firm link to reality”.

Not only students of Latin but also teachers of religion, archaeologists and philosophers look at Greek and ask “Why bother?” I can only say this to aspiring pastors: A thorough translation from the Greek (or Hebrew) text almost writes the sermon for you!
In particular, stiff phrases get their deeper meanings again and spring to life: as example: here are some frequently met imperatives:

If you want to become teachers of religion then you will certainly experience, as I have done, that students are fascinated by “secret writing or ciphers”. The fresh breeze resulting from adding a “puff” of Greek often gets you out of learning “doldrums”.

Greek is important if you are learning Latin because by getting to know the roots of the Latin language, you get a key to unlocking the texts. You can only really understand and appreciate Ovid if you know the Greek myths; if you want to grasp Roman philosophers, such as Seneca, then you should have read the Greek philosophers, at least in part.

Being able to understand Greek inscriptions is of course much more enjoyable for archaeologists then just deciphering them. And philosophers experience how pleasant it is in a tutorial on Heraclites, for example, to join in sound discussion based on the original text and not be dependent on completely varying translations.

After a (possibly) stressful day at the university, anyone who would like to experience firsthand that Greek as a language is not dead but very much alive, is warmly invited to come to our tutorials with delicious Greek food and drinks (and Greek dancing!) or to our Greek Drama Group.

“Learning Greek is the “ultimate discipline” – you often hear this when you mention that it is on your daily timetable for the next two semesters. As a language it is of course very complex and can only be mastered by investing a lot of effort during and after class. But: It is such a joy and so much fun to learn that “effort” seems to be the wrong word here. It is much more a case of widening your horizon or “broadening the mind”. So much of our knowledge of aesthetics comes from that time and there are so many references in works of literature, music and art. Yes, Greek is the ultimate – it can’t get any better”. 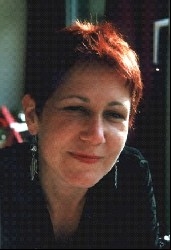