The institute was founded in 1950 by the New Testament scholar Joachim Jeremias under the name “Institute for Late Jewish Religious History“.
Its purpose was to explore Judaism in the New Testament period and to provide appropriate knowledge to students of Protestant Theology.
Research and teaching depended largely on the research foci of the respective institute directors. Joachim Jeremias (1950-1968) concentrated on the theology and history of Palestinian Judaism, in particular at the time of Jesus; as did Eduard Lohse (1968-1971) with an emphasis on the Qumran (Dead Sea Scrolls). Under successors Hans Conzelmann (1973-1979, the history of early Christianity in its Jewish context) and Hartmut Stegemann (1980-1997, Qumran), Berndt Schaller (1972-1995) extended the range of subjects further to include Greek-speaking Judaism, Targums and rabbinic literature, initially as tutor and then as lecturer. Gert A. Wewers (1984-1985, rabbinic literature) was also active for a short time at the institute.

In 1997, Jürgen Becker, formerly at the Institute for Jewish Studies in Berlin, was appointed the director of the institute This was the first time that a Judaic scholar (with research focus on rabbinic literature) has held this position. Prof. Becker is a member of both the Theological and Philosophical faculties. The research at the Institute for Jewish Studies today is Göttingen’s contribution to the efforts of an international research community.

The library has grown steadily since its inception and currently consists of over 8000 volumes covering the whole field of Jewish Studies, many on the literature of rabbinic Judaism. The stock is continually being extended with works on medieval and modern Judaism.

Since 1997 a collection of approximately 125 microfilm reels of the most important medieval manuscripts in classical Judaism has been built up.

The institute members consist of a professor, an academic assistant and a lecturer in rabbinic and modern Hebrew.

In addition to lectures, seminars and tutorials in Judaism, a 4-hour course in rabbinic and modern Hebrew is offered every semester. The themes mainly concern ancient Judaism; there are, however, lectures on eastern and middle-European Judaism in the 19th and 20th centuries. Since 1997 Jewish Studies can be chosen as the main subject in the doctoral programme in evangelical theology. 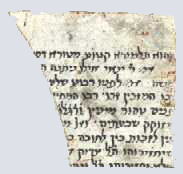