The Archive "Religionsgeschichtliche Schule" in Göttingen was founded in 1987 and financed by the "Fritz-Thyssen-Fund". Its main goal is the documentation and scientific research (both historical and theological) on one of the most influential groups of modern liberal theology in Germany. Its timeframe ranges from 1885 until the 1920s, when the so-called "dialectical theology" became dominant in Germany.
Today, interest in the questions and research results of the "Religionsgeschichtliche Schule" is growing noticably. Therefore, the archive tries to collect all documents still existing in order to make them accessible to science.

The "Religionsgeschichtliche Schule" originated with a group of young theologians who used to live and work together, and who graduated in Göttingen between 1888 and 1893. Among their best-known members were Wilhelm Bousset , Hermann Gunkel , Ernst Troeltsch , Johannes Weiß , William Wrede et al.

The primary task of the archive has been to find the material about all members of the "Religionsgeschichtliche Schule" and to bring the documents to Göttingen (preferably originals, otherwise copies). This way, a considerable number of important, to date unknown, documents could be collected. Some of these documents were given to the archive from private persons, mostly heirs of "Religionsgeschichtliche Schule" members.

Since the members of this school did not teach at the same location, their correspondence (private and business letters, manuscripts, files) were originally stored in various locations all over Germany and adjacent countries. Accordingly, libraries and archives in many University towns like Basel, Berlin, Bonn, Gießen, Halle, Heidelberg, Jena, Leipzig, Marburg and Tübingen were included in the search. To date, more than 5,800 documents were brought to Göttingen.

The difficulties in dealing with this enormous amount of material are obvious: In order to make all of it accessible for research, they must be stored and filed. For this purpose a continually growing database was set up which currently holds over 2,500 documents. Since this is a full-text database, it is possible to do multiple searches for indices and keywords (persons, locations, publications, contents). Although only 2/5 of all documents are accessible this way, domestic and foreign scholars already are using this tool for their studies on the "Religionsgeschichtliche Schule" . Within a few years, the Archive "Religionsgeschichtliche Schule" has become the central starting point for research done on this important branch of modern liberal theology in Germany. 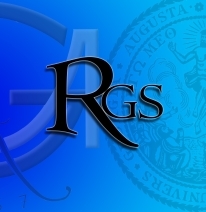