The University of Göttingen is delighted to announce that it has once again been successful in the Lower Saxony Science Prize 2020. In the category “Wissenschaftler” (scientists), the jury honoured the Göttingen lawyer Professor Kai Ambos, and in the category “Studierende” (students), the German Studies student Katharina Paul. Lower Saxony's Minister for Science and Culture, Björn Thümler, presented the awards in Hannover on Tuesday 17 November 2020. The award for academics is endowed with €25,000, the award for students with €3,500 each.

Kai Ambos, born in 1965, has been Professor of Criminal Law, Criminal Procedure, Comparative Law and Public International Law at the University of Göttingen since 2003 and Head of the research Centre for Latin American Criminal Law and Criminal Procedure Law (CEDPAL) since 2013. Ambos was appointed judge at Göttingen’s regional court in 2006, but has been on leave of absence from the Lower Saxony judiciary since his appointment as judge at the Kosovo Special Tribunal in 2017. His special areas of expertise are international criminal law and criminal procedural law. He has acted as an expert witness in numerous proceedings for the prosecution of international crimes in Latin America and other regions, as well as at international criminal tribunals. In 2013 Ambos received an honorary doctorate from the Universidad Nacional de la Amazonía Peruana in Iquitos. In 2017 he was appointed advisor to the Colombian Special Justice for Peace, and in 2018 he received the Colombian Society of the Press Prize for his services to the peace process in Colombia. Ambos’ work is notable for its international and socially and politically relevance.

Katharina Paul, born in 1995, studied German and History in her Master’s of Education, in addition to Latin in her course at the University of Göttingen. During her studies, she was already involved in a number of publications about linguistics, gave lectures at international conferences and was involved in the organisation of international events in Göttingen. As a student assistant, she worked in the Department of German Linguistics, with the Sign Language Team at the University of Göttingen and at the Graduate School of Humanities Göttingen. In addition, she gave tutorials for a linguistic seminar and for the preparation for the state examination in ancient Greek. Since April 2020 she has been a research assistant in the Department of German Linguistics at the University of Göttingen, where she is writing her doctoral thesis on periphrastic aspectuality constructions and aspectual adverbs in the historical language levels of German. 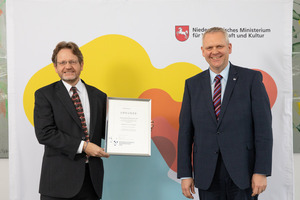 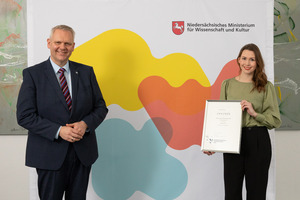