Germany is not meeting its legal obligations to protect refugee women and girls from discrimination. This is the conclusion of a "shadow report” by the University of Göttingen, the association Pro Asyl and the refugee councils of Bavaria, Hesse, Lower Saxony and Saxony-Anhalt. Shadow reports are a useful tool to present important information in parallel with official government reports. Based on current research results and a survey of 65 women's counselling centres, psychosocial counselling centres and institutions working with refugees from all 16 federal states, the study finds that Germany does not adequately protect refugee women and girls and does not meet the requirements of the Istanbul Convention.

"The Istanbul Convention – also known as the Council of Europe convention on preventing and combating   violence against women and domestic violence – has been in force in Germany for over two years," explains migration researcher Professor Sabine Hess from the University of Göttingen. "With its ratification, the Federal Republic of Germany made a binding commitment to protect women from all forms of violence, regardless of their residence status, to contribute to the elimination of discrimination against them and to promote their equality and rights.”

The authors of the report criticise the situation in Germany. In particular, they highlight: long periods of time in holding centres for refugees; the lack of strategies for protection against violence in these camps; the lack of expertise with regard to vulnerable people and those affected by violence; inadequate healthcare for women and girls as well as inadequate counselling and support structures.

"The German government is really not fulfilling its legal obligations, under the Istanbul Convention, to protect women and girls from violence, regardless of their residence status," says Hess. "On the contrary, the recent tightening of German asylum and residence law is emphatically at odds with the concept of protection against violence. It is absolutely essential that action is taken to change this."

The full report can be found in English and German here: https://uni-goettingen.de/en/647126.html 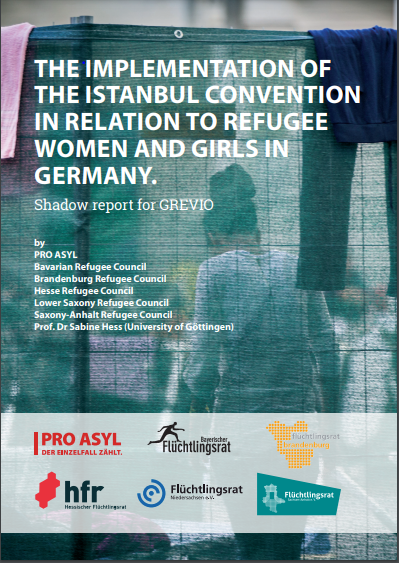