Press release: Award for services to basic research and the Göttingen Campus

"Stefan Hell has shown great commitment to the establishment and development of the Göttingen Campus in recent years," says University President Professor Metin Tolan. Hell is involved in numerous research projects with scientists at the University and University Medical Center Göttingen (UMG), including his role as Principal lnvestigator fo the Cluster of Excellence Multiscale Bioimaging. "By providing his name and support, personal documents and a STED microscope, he made possible the popular and very first ‘taster’ exhibition for our knowledge museum Forum Wissen: ON/OFF. Vom Nobelpreis und den Grenzen der Wissenschaft," Tolan said. "With his commitment to the merger of the Göttingen Max Planck Institutes for Biophysical Chemistry and for Experimental Medicine, to form the Max Planck Institute for Multidisciplinary Natural Sciences, the largest in the Max Planck Society, he has made a significant contribution to securing the future of Göttingen as a key location for science."

Stefan Hell, born in 1962, studied physics in Heidelberg. After his PhD in 1990, he carried out postdoctoral research at the European Molecular Biology Laboratory (EMBL) in Heidelberg before moving to the University of Turku (Finland) in 1993. There he developed the principle of STED microscopy. In 1997, he moved from Turku to Göttingen and the MPI for Biophysical Chemistry (now the MPI for Multidisciplinary Natural Sciences) as head of a Max Planck junior research group, where he and his team demonstrated how the STED method works and developed it. He was appointed director there in 2002 and has led the NanoBiophotonics department since then. Since 2016, he has also been director at the MPI for Medical Research in Heidelberg. In addition to the 2014 Nobel Prize in Chemistry, Stefan Hell has received a number of other prizes, including the Gottfried Wilhelm Leibniz Prize of the German Research Foundation (2008), the Otto Hahn Prize for Physics (2009), the Körber Prize for European Science (2011) and the Kavli Prize for Nanoscience (2014). In 2022, he received the Werner von Siemens Ring and was elected to the Order Pour le Mérite for Sciences and the Arts.

Göttingen University’s Medal "In Publica Commoda" honours people who have rendered outstanding services to the University and its goals and concerns as set out in its mission statement. It has so far been awarded to Professor Bernward Märländer (2018) and Professor Horst Kern (2021). 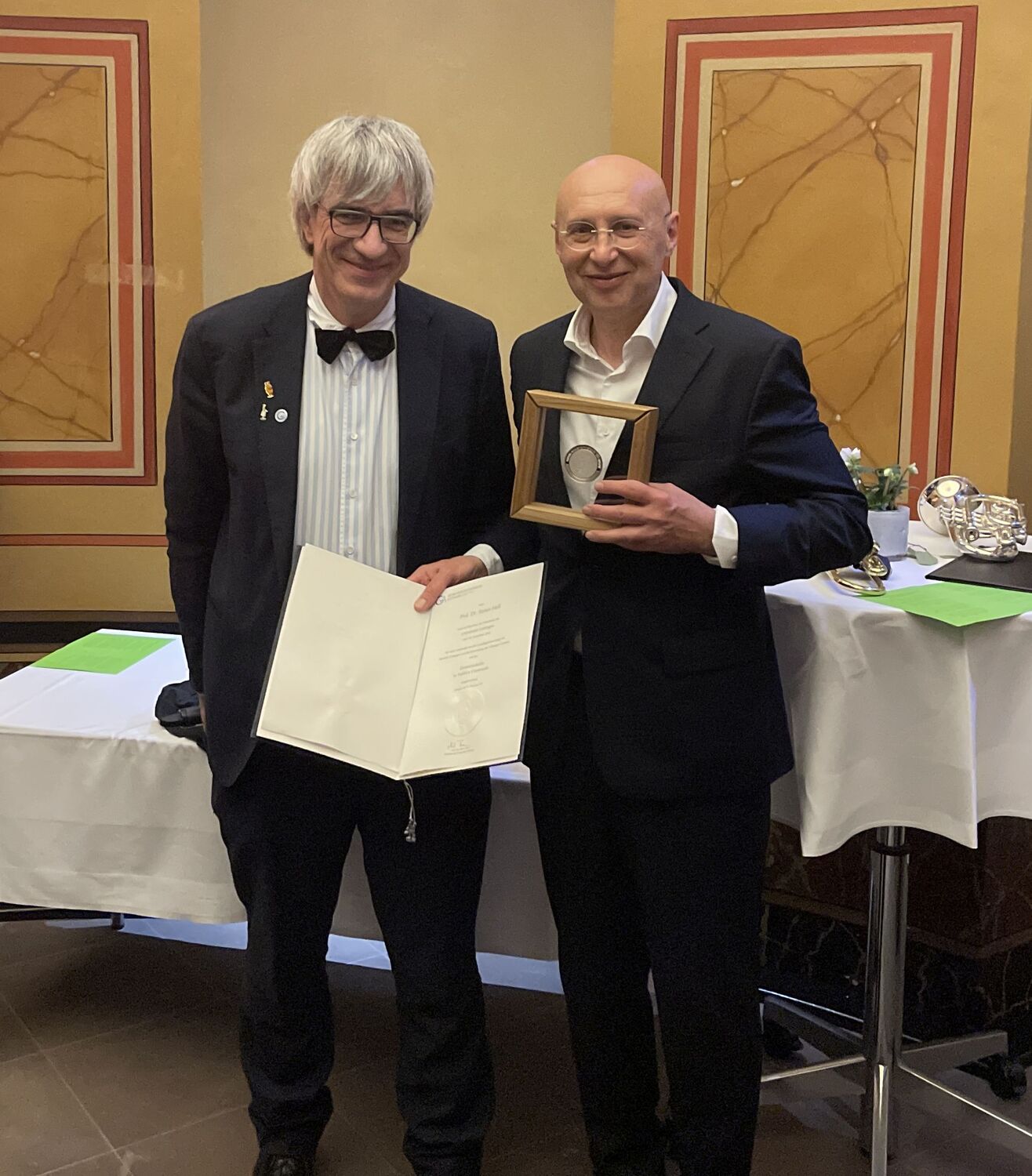 The physicist Professor Stefan Hell (right) has been awarded the "In Publica Commoda" medal of honour by the University of Göttingen. Shown here with Professor Metin Tolan University President (left).