The transformation of rainforests into oil palm plantations leads to dramatic losses in biodiversity and in ecological functioning. In order to test possibilities for alleviation, we established a biodiversity enrichment experiment by planting tree islands in an oil palm landscape, systematically varying plot size and species number. We study (1) tree dynamics and yield, and (2) plant successional trajectories. By integrating interdisciplinary and modelling studies, (3) we evaluate scenarios for upscaling and (4) synthesize the observed ecological and economic changes.

The transformation of natural rainforest into landscapes dominated by oil palm monocultures has led to widespread losses in biodiversity and ecological functioning. To alleviate the negative impacts of conventional oil palm production, designer plantation landscapes have been proposed, in which agroforestry zones are considered to have a positive impact on biodiversity and ecological functions.

To test and evaluate this idea, a biodiversity enrichment experiment was established by planting of trees in agroforestry zones in an oil palm plantation. The plantings comprise six native multi-purpose tree species at different diversity levels and plot sizes and were established in 2013. The experiment is situated in a landscape largely dominated by mono-cultural oil palm cultivation. Within a few years after planting, tree diversity and plot size enhanced tree growth and stand structural complexity; it is, however, still much lower than that of forests and the long-term temporal trajectories are unclear. Native tree species spontaneously colonized the experimental plots but also invasive plant species thrived. Overall, the experimental effects on the biodiversity of birds, plants and other taxa were mixed. After an initial increase in oil palm yield, we are beginning to see a decline that coincides with the incipient competition between trees and palms.

For Phase 3, we propose four work packages (1) tree dynamics and yield, (2) plant successional trajectories, (3) scenarios and upscaling, and (4) integration and synthesis. Research will focus on the role of invasive plants and landscape configuration as potential drivers of ecological disservices, recruitment limitations and restoration success, as well as on determinants of performance and function of trees. Other studies addressing the changes in the environment (group A), biodiversity & ecological functions (group B), and economic functions (group C) will be integrated and led towards a synthesis. We will test for the role of direct and indirect effects of biodiversity restoration. Based on these and in conjunction with other ecological, socio-economic and integrated modelling studies, B11 Hölscher/Kreft/Wollni will contribute to the evaluation of the effectiveness of agroforestry zones and proposed designer plantation landscapes, and may support the development of ecologically improved management concepts in oil palm landscapes. 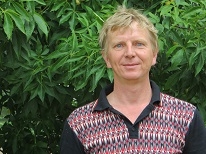 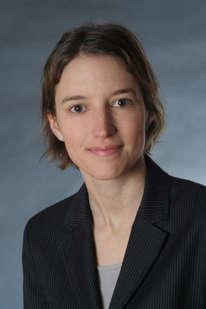