In the year 1967 Manfred Eigen (1927 to 2019) was awarded the Nobel Prize for Chemistry for experimental analyses of extremely fast chemical reactions (together with Ronald Norrish and George Porter). Eigen studied physics and chemistry at the University of Göttingen and gained his Doctorate here in 1951. In 1953 Karl Friedrich Bonhoeffer offered him a position at the Max-Planck-Institute for Physical Chemistry in Göttingen, which he accepted. There he became head of the department for chemical kinetics in 1962 and two years later was appointed director of the Institute. With his research he established the nuclear and molecular elementary processes on which the physical and chemical characteristics of biological matter are based. He thus laid the foundation for a new dynamic biochemistry. Additionally he investigated questions of molecular evolution of life as well as later the technological application of the concept of evolution.

Press release from the Max Planck Institute for Biophysical Chemistry on the death of Manfred Eigen: https://www.mpibpc.mpg.de/15874795/Manfred-Eigen 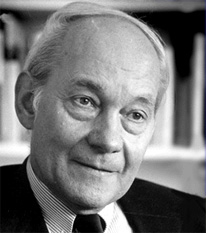