Professors are subject to the general civil service law as well as the regulations of §§ 24 – 29 Lower Saxony Higher Education Act (‘Niedersächsisches Hochschulgesetz – NHG). Basis for the employment contract of junior professors is § 30 NHG, which contains many regulations also applicable to professors.

Professors are usually appointed for a civil service contract for their lifetime. The current teaching load is 9 lecture units (‘Lehrveranstaltungsstunden’ – LVS).
The appointment of junior professors is made as a temporary civil service contract for a term of three years. Upon positive evaluation an extension for up to three years is possible. The teaching load is usually 4 LVS.

The employment requires the prior conducting of an appointment procedure. 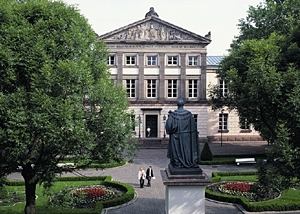