In 1920 Walther Hermann Nernst (1864 to 1941) was awarded the Nobel Prize for Chemistry in recognition of his work in the area of thermochemistry. He habilitated at the University of Leipzig in 1889 with a paper on the electromotive effectiveness of ions. One year later he joined the University of Göttingen. Here Nernst initially worked as Privatdozent [associate professor] and extraordinary professor, and then from 1894 onwards as full professor of physical chemistry. In 1905 he moved to the University of Berlin. In 1906 based on his research in Göttingen he was able to make his important discovery: the Nernst heat theorem named after him, better known as the 3rd law of thermodynamics, which he applied to the calculation of chemical balances. With his postulate it was possible to calculate chemical balances from thermodynamical data in advance. 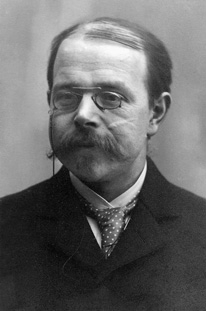