Mensa
The "Studentenwerk Göttingen" offers several student canteens (Mensa) and cafeterias which sell lunch meals and drinks at very reasonable prices. Prices are between 2 and 4 Euros. For Typical Mensa opening hours are from 11:30 a.m. to 2 p.m. or 2.15 p.m. Zentralmensa on the main campus is the only mensa which opens in the afternoon (11.15 a.m. to 6 p.m.) .

The menus are announced on the website of the University/Studentenwerk.

Usually you have the choice between eight different menus one of them being vegetarian, one vegan. It is indicated whether meals contain pork meat (Schweinefleisch). In addition to the main menus, most places offer a salad bar and/or stew (Eintopf). Please note that during semester breaks some of the Mensas will be closed.

All students can use their student card for cashless payments in the canteens and cafeterias of the Studentenwerk. The card can be (re)charged at a chip card top-up terminal either by paying cash or by direct debit card (EC-Card). The top-up terminals can be found in every canteen.

Cafeterias at the University
There are a lot of cafeterias throughout the institutes of the university. They all offer coffee, tea, water and snacks at a low price. Eight of the cafeterias are run by the Studentenwerk, at some of them hot food, e.g. soups and snacks, is also served. 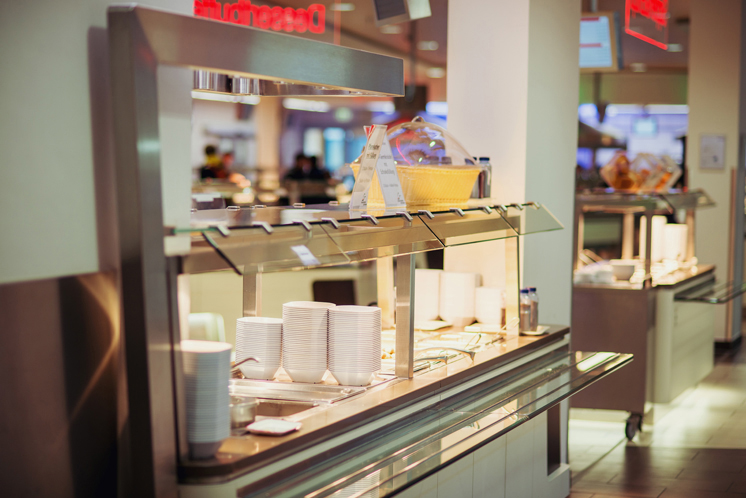